Al-Qaeda has joined the Taliban in the group’s offensive in the Panjshir valley, Ahmad Massoud’s forces say, Al Arabiya reported.

Earlier reports on Wednesday had said that fighting is ongoing between Taliban fighters and the forces of a resistance front lead by Ahmad Massoud in Panjshir province.

The Taliban confirmed that the fighting has been ongoing for two days and both sides have suffered casualties, Tolo News reported.

“Mujahideen of the Islamic Emirate were attacked from some circles in Panjshir who bluff and say they will resist. The Mujahideen reacted to the attack and as a result the other side has suffered heavy casualties,” said Anaamullah Samangani, a member of the Taliban’s cultural commission.

Residents at the front lines in the Nasaji-Gulbahar area, which is just outside of Panjshir valley, said on Wednesday that the fighting resumed on Tuesday night and is still ongoing. According to locals, most of the people have fled the area, the report said.

“The fighting started at 10 pm last night and is still going on,” Baba Shirin, a resident of the area, had said.

Members of the resistance front, meanwhile, said that they pushed back the Taliban attack on Panjshir and that the Taliban has suffered heavy casualties.

“In the past 40 hours the Taliban launched some offensives on Khawak from the Andarab valley of Baghlan. From our side, there were local forces of various districts of Andarab, local forces of Panjshir as well as the ANSDF forces. They fought back very well; they defeated the Taliban on that front. The Taliban lost 40 of their personnel, another 35 of them were wounded,” said Fahim Dashti, a spokesman of the resistance front. 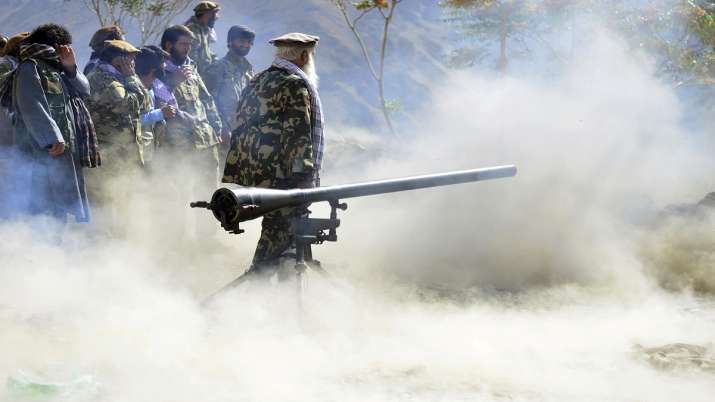 The Taliban denied attacking Panjshir, saying that their forces were attacked by Massoud supporters and that they only responded to the attack, the report said.

Amid the ongoing fighting, Amir Khan Muttaqi, a Taliban leader, said on Wednesday that the talks between both sides have failed so far. He said, however, that the Taliban still wants to resolve the issue peacefully.