Soon after the Taliban’s victory in Afghanistan, terror group Al Qaeda has congratulated the former and has even talked of Kashmir liberation. This came soon after the withdrawal of US troops from the war-ravaged Afghanistan late on Monday. The letter by Al Qaeda was shared on Twitter by a journalist. “Allah! Liberate the Levant, Somalia, Yemen, Kashmir and the rest of the Islamic lands from the clutches of the enemies of Islam,” read a statement in the letter addressed to Taliban.

In the letter, Al Qaeda also spoke of the withdrawal of US troops in Afghanistan and said, “We praise the Almighty, who humiliated and defeated America, the head of disbelief. We praise Him for breaking America’s back, tarnishing its global reputation and expelling it.”

The complete message from Al Qaeda to Taliban was titled ‘Congratulations to the Islamic Ummah on the victory granted by Allah in Afghanistan!’

How Taliban celebrated victory after withdrawal of US troops

Taliban fighters watched the last US planes disappear into the sky over Afghanistan around midnight Monday and then fired their guns into the air, celebrating victory after a 20-year insurgency that drove the world’s most powerful military out of one of the poorest countries.

The departure of the US cargo planes marked the end of a massive airlift in which tens of thousands of people fled Afghanistan, fearful of the return of Taliban rule after the militants took over most of the country and rolled into the capital earlier this month.

“The last five aircraft have left, it’s over!” said Hemad Sherzad, a Taliban fighter stationed at Kabul’s international airport. “I cannot express my happiness in words. … Our 20 years of sacrifice worked.” 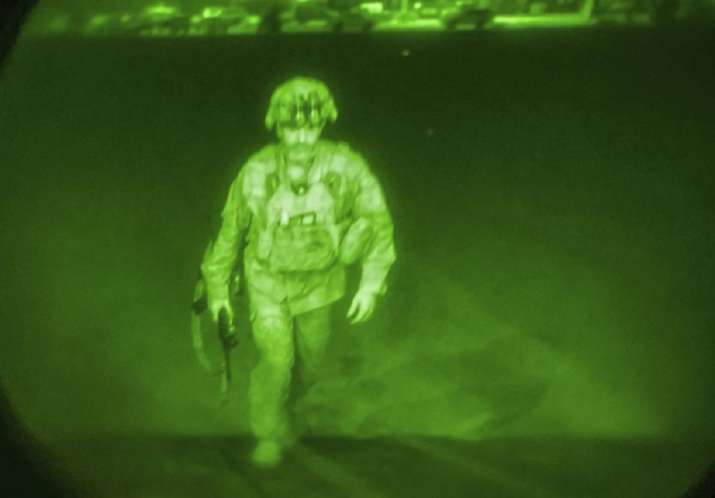 In Washington, Gen. Frank McKenzie, head of US Central Command, announced the completion of America’s longest war and the evacuation effort, saying the last planes took off from Kabul airport at 3:29 p.m. EDT — one minute before midnight Monday in Kabul.

“We did not get everybody out that we wanted to get out,” he said.

How Kabul airport became the centre of all chaos

The Kabul international airport had been one of the few ways out. At one point people flooded onto the tarmac and seven fell to their deaths after clinging to a plane that was taking off. Another seven died in a stampede of people outside an airport gate. The Taliban have said they will allow normal travel, but it is unclear how they will run the airport and which commercial carriers will begin flying in, given security concerns.

Qatar, a close US ally that has long hosted a Taliban political office, has been taking part in negotiations about operations at the airport with Afghan and international parties, mainly the US and Turkey. Qatari Assistant Foreign Minister Lolwa al-Khater said its main priority is restoring regular operations while maintaining security at the airport.

The last known US military operation in Afghanistan came Sunday when American officials said a drone strike blew up a vehicle carrying IS suicide bombers who were planning to attack the airport.

But like so much about the Afghanistan war, it may not have gone as planned.