Television actress Ankita Lokhande is one of the most active celebrities on social media. Time and again, she treats fans with beautiful pictures and even videos of what she’s up to. Yet again, she did the same when she took to Instagram story and revealed that she’s heading out for a vacation with none other than her boyfriend Vicky Jain. Looks like the couple is all set to ring in Valentine’s Day 2021! Both of them took a flight on Saturday and flew out of Mumbai for a romantic getaway to a place which is still unknown. The actress in the photo was seen wearing a white sweatshirt, an animal print scarf and posing while standing on the jet bridge.

For those unversed, Ankita and Vicky have been together for quite a long time now. She keeps on sharing pictures alongwith mushy posts on Instagram to show her love for him. Their social media PDA leaves fans in aww each time there’s a new update. Alongside the photos she shared on Saturday, Ankita wrote, “Enroute. Ok bye” followed by a plane emoji. Have a look at her posts here: 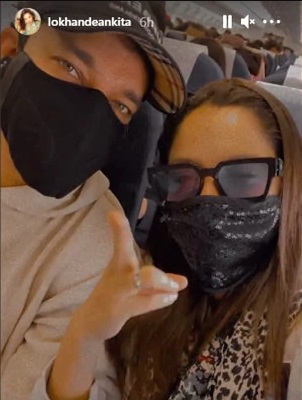 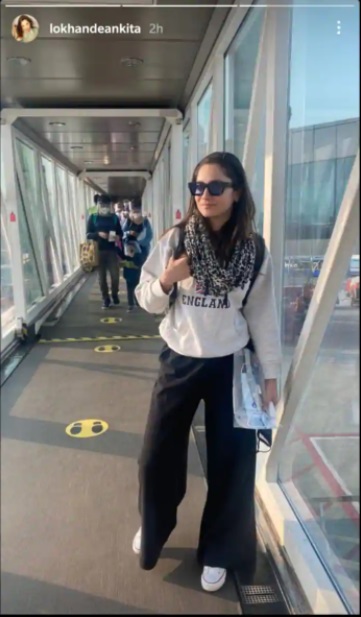 Last year, she shared a lovable post thanking Vicky for standing by her all thick and thin despite facing backlash. She wrote, “I can’t find the words to describe my feelings for you. One thing which comes in my mind when I see us together is I’m grateful to god for sending you in my life as a friend, partner and as soulmate. Thank you for being someone who was always there for me. Thanks for making all my problems as yours and helping me whenever I needed you. Thank you for being my support system. Most importantly, thank you for understanding me and my situations.”

Ankita remained in the limelight last year soon after the death of actor Sushant Singh Rajput. The two of them featured in one of the most popular tv soapd ‘Pavitra Rishta’ where they played the role of Archana and Manav. Their off-screen romance became the talk of town and they dated for six years but went separate way in 2016.

Ankita made her Bollywood debut with Kanagna Ranaut starrer Manikarnika: The Queen Of Jhansi which released in 2019. She has also worked in Tiger Shroff starrer Baaghi 3. Apart from this, she has participated in relaity shows such as Jhalak Dikhhla Jaa and Comedy Circus.