The Indian Army has foiled nefarious designs of anti-national elements after they detected a huge quantity of explosive materials hidden in a secluded area near village Goose in Kupwara district.

The explosive material was detected by the alert Road Opening Party (ROP) during the search of the area. It was well camouflaged and hidden in an unscrupulous manner. However, the alert personnel found something suspicious and the same was soon confirmed by the Army Unit explosive detection dogs and metal detectors.

​As per the operating procedures, the area was cordoned off by Army personal and J&K Police and soon the specialist Bomb Disposal Squad sanitized the area around to avert any tragedy. 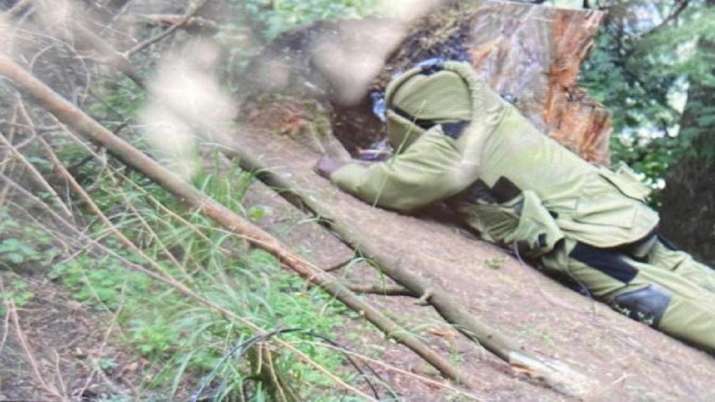 The squad detected and destroyed the complete explosives. The alert and ever vigil Security Forces ensured no loss to life and material. Experts opine that the explosive could have been placed for use by terrorists during the upcoming Independence Day.

Alert security forces have once again thwarted the likely attempts of anti-national elements working to de-stabilize peace in Kashmir.