Bollywood actor Ayushmann Khurrana on Friday slammed those who hurled racist comments and harassed Indian hockey player Vandana Katariya and her family after the Indian women’s hockey team lost their semi-final match against Argentina in Tokyo Olympics. Taking to his Instagram story, Ayushmann posted Vandana’s picture and wrote, “Hurling casteist slurs on someone who has given her all for the nation is the worst form of disrespect. This has to STOP NOW!” alongside hashtag”#Support”. 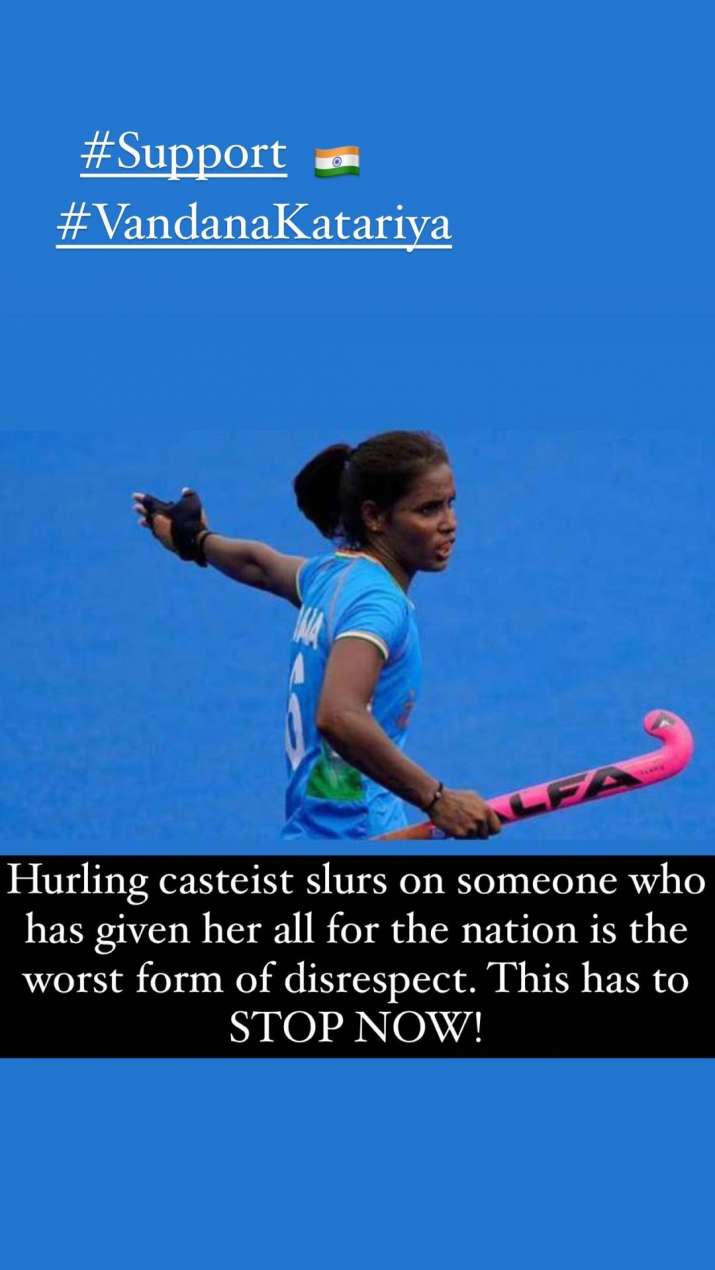 It has been reported that a couple of people engaged in celebrating and bursting crackers at a distance from the house of hockey player Vandana, a resident of Roshnabad in Haridwar district, on Wednesday after the Indian team lost the semi-final match.

Vandana’s brother Chandrashekhar Kataria informed the Sidcul police station in-charge about this incident in a written complaint and soon the police detained a person who burst crackers.

Sidcul police station SHO Lakhpat Singh Butola confirmed that some people had set off fireworks at a distance from Vandana Kataria’s house, in which a person has been taken into custody while acting on the complaint of Chandrashekhar Kataria.

Vandana on Saturday scored three of India’s four goals against South Africa in the final pool A hockey game as she became the first Indian woman to register a hat-trick at the Olympics at Oi Hockey Stadium- South Pitch.

Speaking about ‘Doctor G’, the upcoming movie will be based on a campus of a medical institute. Ayushmann will be playing the role of Dr Uday Gupta. Anubhuti, who is director Anurag Kashyap’s sister, will be making her debut as a feature film director with the upcoming project. She has in the past directed the dark comedy mini-series ‘Afsos’ and the critically-acclaimed short film ‘Moi Marjaani.’