Bigg Boss 10 featured a really interesting personality of that of a Delhi girl named Lokesh Sharma. Everyone was swayed over by her behaviour and tactics that kep the entertainment meter high. Soon after she made an exit, she started working on herself and went through an amazing fitness transformation. Soon, she started making appearances in shows like MTV’s Dating in the Dark and Alt Balaji’s Bekaboo. Well now, it seems that the actress has finally bagged her first lead role in feature film Myakut. Yes, that’s true! The film will be directed by Nautanki Saala fame Shahnawaz Baqal aka Rufy Khan who will also be seen playing the lead role.

The film is all set to release on 12th March on Amazon Prime and MX Player. If reports are to be believed, Lokesh will be seen in a really bold avatar as she will be seen playing the role of an adult star. Talking about her character, Lokesh told Spotboye in an interview, “Yes, I am playing a porn actor but the story behind that is something to look out for. I’m really glad and happy that I took this up as I got to show my acting skills. I enjoyed this character. I loved it. I was set in my mind that I will give my 100 percent into this character.”

“So, I have a few bold scenes in this film and I’m now confident because I have really worked hard on my body. I always wanted to play a bold and challenging character. I’m playing a double role in this film. Also, I had work on my communication skills. So, of course there were a lot of challenges before me as there was no contact in the industry.”

Sharing the experience of how her family reacted to the offer, she revealed that initially everyone was happy but when she shared the storyline everyone became quite reluctant about it. However, the trailer was loved by her mother and sister.

Here’s a look into some fit pictures of Lokesh: 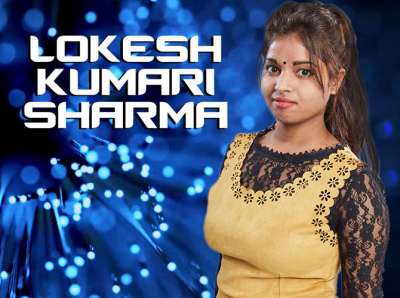 It was in my mind from when I was in Bigg Boss house where I saw a lot of actors and celebrities. So, after coming out of the house, I realized how much I have to work on myself. I wanted to fulfill my dream in this industry.”