India’s most popular reality show,  Bigg Boss OTT, streams on Voot for the first time. The show was a super hit as the premiere episode consisted of performances by host Karan Johar, Malaika Arora, Arjun Bijlani, Karan Wahi and the spectacular contestants. It set the ball rolling. In keeping with the over-the-top nature of the show, the launch was no less extravagant. The ace filmmaker and host of Bigg Boss OTT made his entry to the beats of dhol-taasha and shaking a leg to hits like ‘It’s The Time to Disco’, ‘Radha’ and ‘Shawa Shawa’ from his productions. He also gave a house tour in true ‘Kyunki Saas Bhi Kabhie Bahu Thi’ style.

After the OTT (Over The Top) performance, the sassy and witty host Karan Johar introduced the 6 desi boys to the audience. True to his reputation of being a bathrobe sensation, Zeeshan Khan sauntered in, no prizes for guessing — a bathrobe. When KJo asked if he would enter the Bigg Boss OTT House in a bathrobe, Zeeshan just removed it and tossed it off. When the star-maker host commented on his Ranveer Singh-inspired fashion sense, he replied in the positive.

Prateek Sehajpal made his entry announcing “Mera doosra naam hai Karma and I’m soon gonna be launched in Dharma,” insinuating that KJo’s production house will back his debut. The host quipped in the same rhyming note, “Wah wah wah wah .. He is a poet, and he does not know it.”

Malaika Arora literally set the stage ablaze with her sizzling moves to the racy Param Sundari number. Later, the gorgeous actress also turned mentor for the male contestants and guided them in diverse activities from yoga to dance and also taught them to be ‘sarva gunn sampann’. 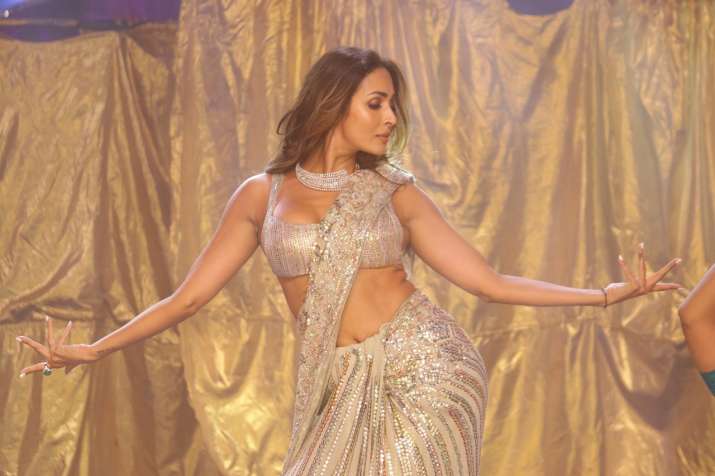 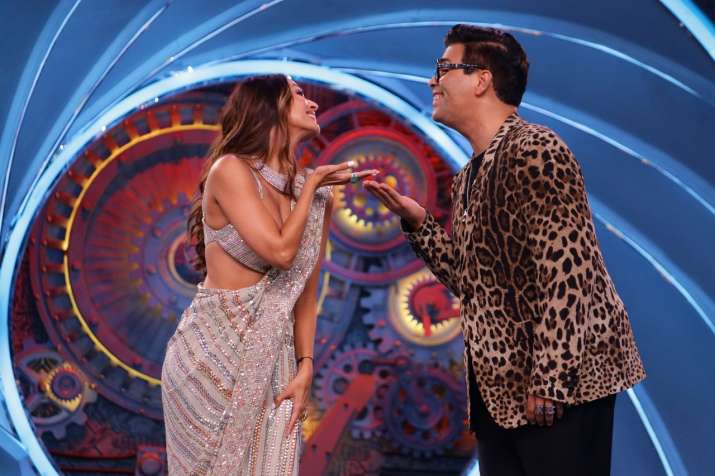 Actress Shamita Shetty was the first contestant to be introduced amongst the girls and she set the stage sizzling for the rest of the contestants with her performance on her hit number Sharara Sharara. With the theme of the house being ‘Stay Connected’, contestants… Shamita Shetty, Akshara Singh, Neha Bhasin, Ridhima Pandit, Urfi Javed, Divya Agarwal, Muskan Jattana had to choose their connections… that will help them decide their fate ahead in the game.

Starting today (August 9), apart from 24×7 access to the proceedings from Bigg Boss OTT House, viewers can catch the episodes from Monday to Saturday at 7 pm and Sundays at 8 pm. What’s more, in a historic first, the audience gets to decide the punishment for the contestants and direct the course of the show.