Along with the CBSE official website, candidates have the option to check their results at digital platforms like the DigiLocker website – digilocker.gov.in – and the app will also host the CBSE 10th results. 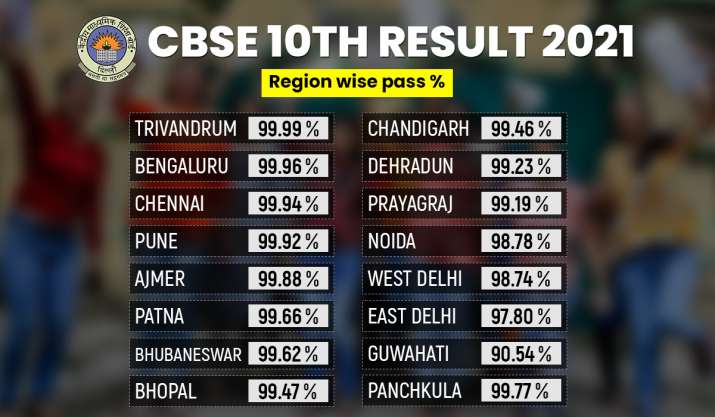 Girls have outshined boys in the CBSE Class 10 Result 2021 with a pass percentage of 99.24 per cent, while for boys the pass percentage is at 98.89 per cent. Meanwhile, transgender students have performed the best recording a 100 per cent pass percentage.