Taking to his Instagram Stories, Harshvardhan posted a picture of his bike and wrote, “Sold! Good news! Thanks to your swift help and prompt offers on Instagram. 3 oxygen concentrators have reached Hyderabad. Few more expected soon. Ps- I wouldn’t have been able to do without Instagram and your quick support.” 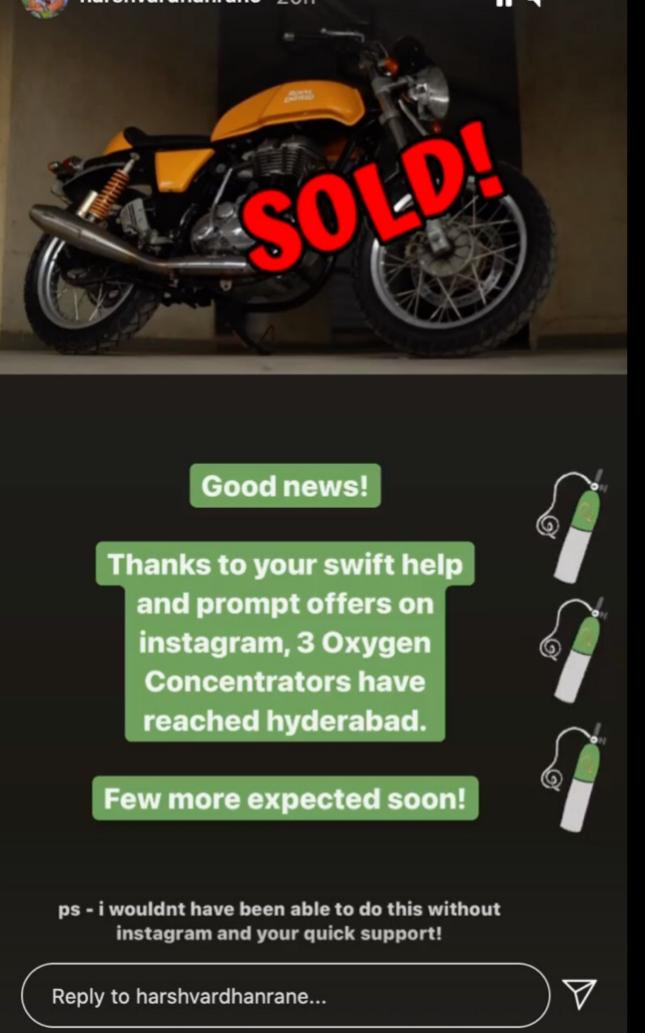 The actor sought help in Hyderabad and received prompt offers from netizens. Earlier, he posted a picture of his bike and wrote, “Giving my motorcycle away in exchange for a few oxygen concentrators which we together can provide to people in need combatting covid. Please help me find good oxygen concentrators in hyderabad.”

Harshvardhan post announcing his decision to sell the bike for buying oxygen concentrators received a lot of praise from social media users. “Man of dignity ethics , u did such a kind act by such an sacrifice, we know how much u luv ur bike, but what u did will be appreciate, ” wrote a user. Another said “What a great deed!…….I know how attached you are to your motorcycles.”

On the professional front, Harshvardhan made his film debut with Telugu movie Thakita Thakita in 2010. He has appeared in Telugu films, including Naa Ishtam, Prema Ishq Kaadhal, Anaamika, Brother of Bommali and Karan, among others.

The actor made his Bollywood debut with Sanam Teri Kasam in 2016. He was last seen in ZEE5’s Taish.