Bollywood actor Arjun Kapoor on Saturday headed to the shoot of his upcoming film ‘Ek Villian Returns’, which also features actors John Abraham, Tara Sutaria and Disha Patani. Arjun took to his Instagram Story to post an uber-cool picture of himself, in which he can be seen rocking a white t-shirt with black jeans and matching sports shoes. Arjun completed the outfit with a blingy watch and black-and-white shades. “Coming for you Villians @mohitsuri @tarasutaria @amulvmohan,” he captioned the photo.

The film is the sequel to ‘Ek Villain: There’s One in Every Love Story’ which was released in 2014, starring Shraddha Kapoor and Sidharth Malhotra in the lead roles along with Riteish Deshmukh as the villain. 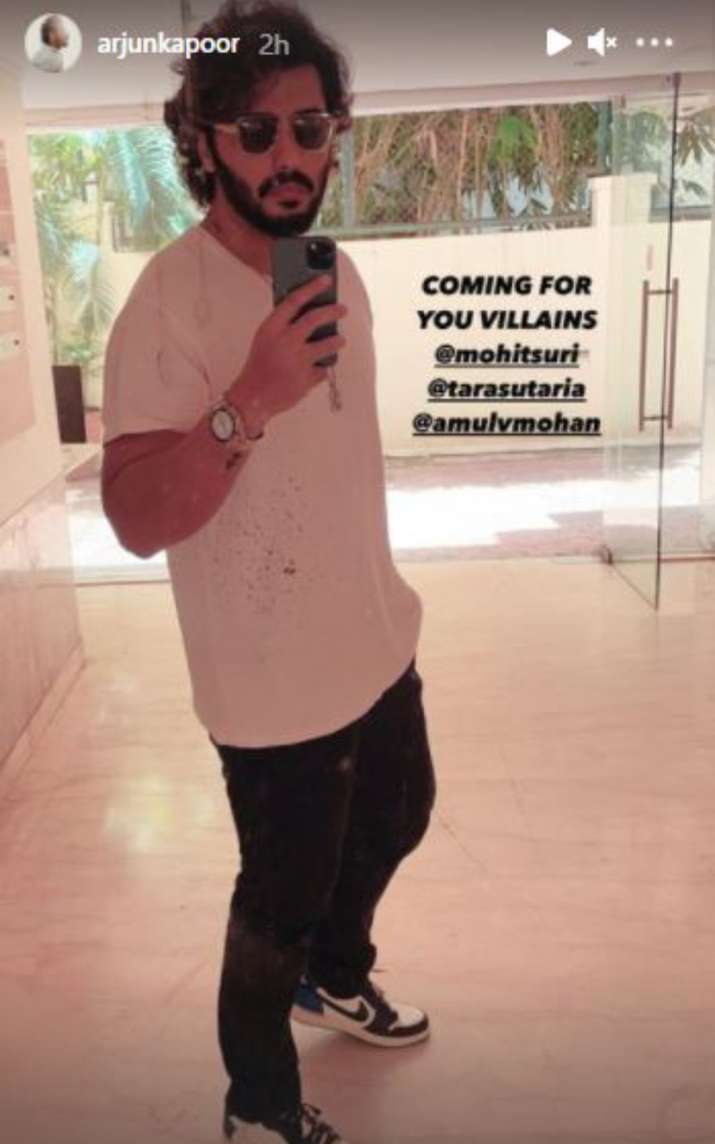 Tara shared Arjun’s picture on her Story and wrote the message, “Ok aaja.”

Meanwhile, producer Amul V Mohan also shared a glimpse from the sets of the shoot and wrote, “Aye Villain. Day 46.”

Directed by Mohit Suri, the film is being jointly produced by Bhushan Kumar’s T-Series and Ekta Kapoor’s Balaji Telefilms.

Apart from this, Arjun will be seen sharing screen space with actors Saif Ali Khan, Jacqueline Fernandez, and Yami Gautam in horror-comedy ‘Bhoot Police’. While Saif plays a character called Vibhooti, Arjun’s character is named Chiraunji, Yami is Maya while Jacqueline plays Kanika. The film has been directed by Pavan Kirpalani, who earlier made Ragini MMS and Phobia. The film was earlier slated to release in theaters. However, owing to the coronavirus pandemic after much delay the makers decided to release the film on OTT on September 17.

Produced by Ramesh Taurani, Akshai Puri and co-produced by Jaya Taurani, “Bhoot Police” is slated to release on Disney+ Hotstar.

DYK Varun Dhawan had once thought Shah Rukh Khan-Kajol are married? Here's what happened next!
Genelia D'Souza seeks inspiration from her children amid COVID-19 pandemic
Comment