Pop star Britney Spears’ fans were surprised when the singer’s beau Sam Asghari deleted a picture of a diamond ring posted to his Instagram Story on Friday, claiming that his account was hacked. Britney’s fans flooded social media with congratulatory messages after Sam posted a picture of a diamond ring with the inscription ‘lioness’, on his Instagram Story. However, the fitness trainer denied the rumours of popping the question to his long-time lady love Britney by saying that “the account got hacked” and the ring picture was “photoshopped”. 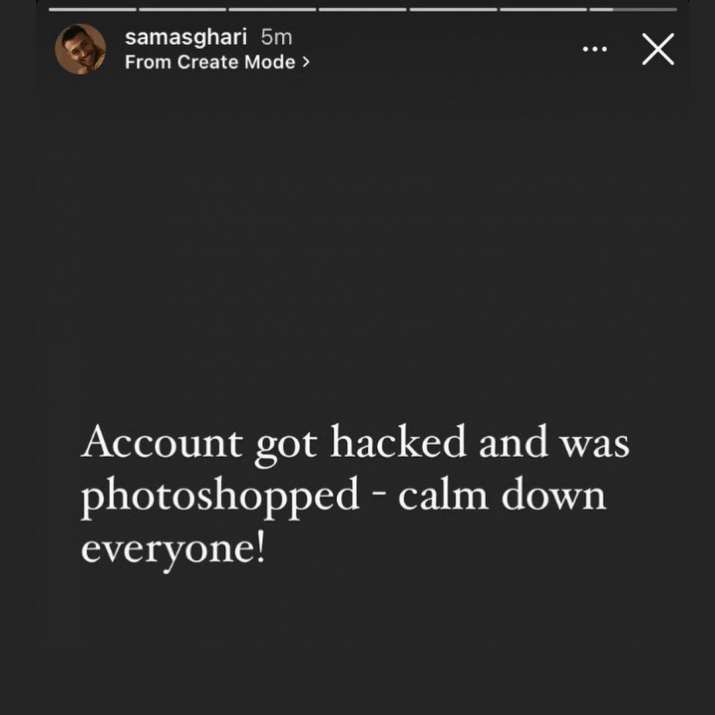 Various fan accounts and outlets snipped the initial picture of the ring when it was posted on the photo-sharing platform.

It was understandable that fans would think Sam has popped the question to Britney because he was spotting looking for engagement rings earlier this month at Cartier in Beverly Hills. Amid the speculations, a close source told Page Six that the star couple is not engaged yet, but Sam has been talking about popping the question “more and more lately”.

“Sam wants to spoil Britney with a very special, over-the-top, and meaningful proposal when the time is right. He dreams of one day becoming a dad too, and Britney, of course, has always wanted to have more kids, especially now that hers are getting older,” the source told Page Six last week.

Also, Britney made it clear back in her June testimony that she wants to marry and have kids with Sam after her 13-year-old conservatorship will end. On a related note, the ‘Toxic’ singer’s father Jamie Spears on Tuesday filed a petition in a court asking the judge to entirely end the conservatorship.