Rapti and Rohan rivers continued to flow above the danger mark, inundating several parts of the Gorakhpur city where Uttar Pradesh Jal Shakti Minister Mahendra Singh is camping to monitor the situation.

The Rapti river is flowing at 77.27 meters, 2.3 meters above the danger level of 74.98 meters, an official statement on the flood situation in the district said on Thursday.

The Rohan river, which has started receding since Wednesday, too is flowing at 84.44 meters, 2 meters above the danger mark of 82.44 meters, it added. The Gorakhpur city areas which have been inundated include Illahibagh, Basharatpur, Badgo, Chiluatal, Chilmapur and Bahrampur among others.

Many villages in the Gorakhpur district too have been flooded by the two rivers. Jal Shakti minister Singh has been camping in Gorakhpur since Tuesday. 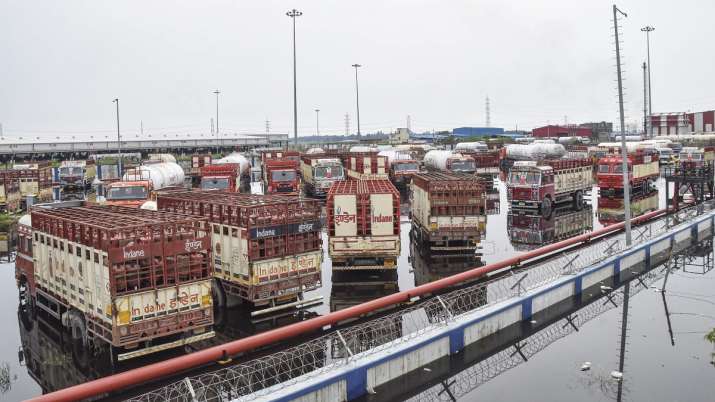 On late Wednesday night, he held a meeting with senior officials and directed them to provide essential medicines, especially for patients with chronic ailments, in flood-affected areas.

He also said that employees and doctors of villages which have not been deluged should provide services in flood-hit areas also.

He also said swimming and bathing in flood water in deluged areas like Tarkulani and Khorabar areas, should be strictly prohibited and potable water, food packets and clothes should be provided to the people in flood-hit areas as per their requirements.

Meanwhile, the Basawanpur ring embankment on the right bank of the Rapti river in the Kaudiram development block of the Bansgaon tehsil was damaged on Thursday morning due to which around 20 houses have been affected in Basawanpur and Bharouvalia villages.

“The Basawanpur ring embankment got damaged due to surging waters at 3 am on Thursday and due to this 20 houses of Basawanpur and Bharouvalia villages have been affected,” Executive Engineer Vipin Kumar said.

The minister has also asked officials to keep a continuous watch on all embankments, especially where there is seepage and directed them to take all requisite steps for the safety of all river embankments.