Bollywood’s handsome hunk Vicky Kaushal celebrated his 33rd birthday on Sunday. On the occasion, a lot of celebs, as well as fans, filled the social media platforms with adorable wishes. But the one that caught everyone’s attention was that of actress Katrina Kaif who as per rumours is dating the ‘Raazi’ actor. Taking to Instagram, the ‘Singh Is King’ actress shared a throwback photo of the birthday boy from the time he went to the Indian Army at the border. The monochromatic picture shows the actor smiling his heart out. Alongside the picture, Katrina shared a GIF and a caption reading, “Happiest birthday @vickykaushal09 May u always be smiling (sic).”

Vicky’s brother Sunny Kaushal treated fans with a glimpse of his low-key birthday celebration which took place in the presence of his family. The photo was shared on Instagram in which the ‘Uri’ actor can be seen standing along with his birthday cake and a knife in his hands. Sunny captioned the same, “Janamdin mubarak ho mere bhai (Happy birthday, my brother).” 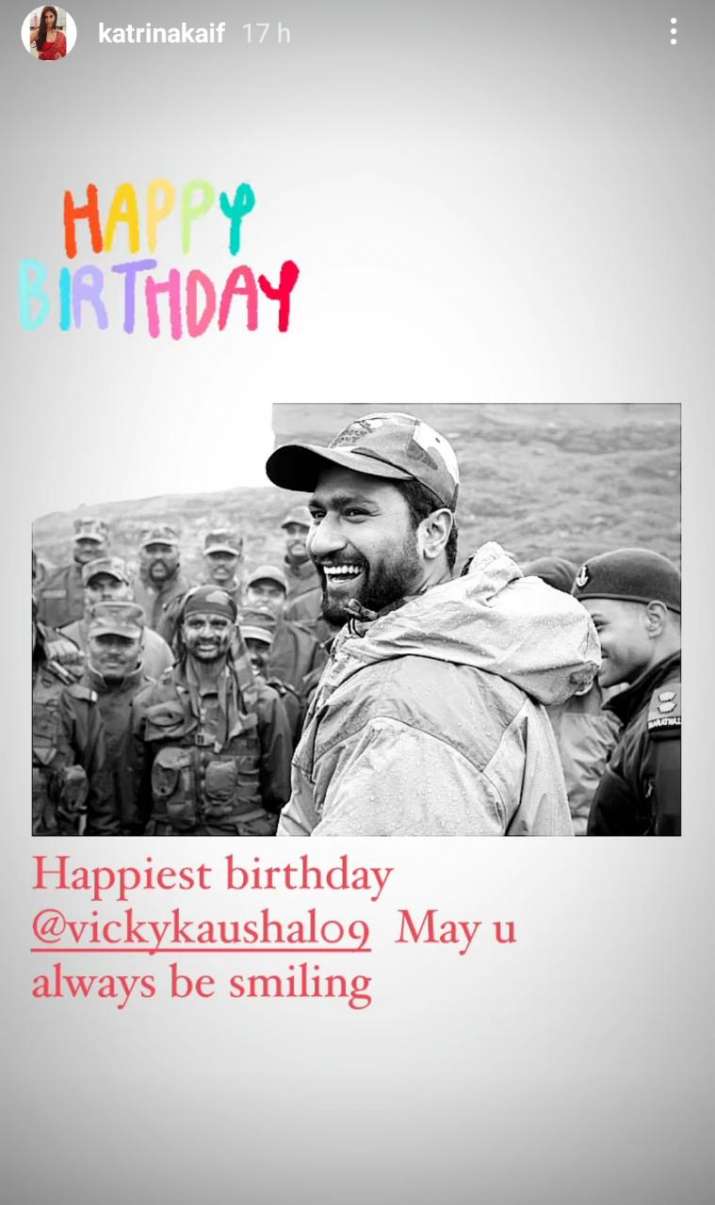 Sunny even received a birthday wish from his father and stunt director Sham Kaushal who took to the photo-sharing application and shared a goofy collage. It was a then and now photo of the actor. The left side had a childhood picture with a text reading, “Mera wala gana lagao (Play my kind of music)” while the second picture’s text read, “Phir dance karunga (Then, I will dance).” It was captioned, “Happy Birthday Puttar. Feel blessed to have a son like u & may God’s blessings be always with u. Always love & blessings.”

The much-in-love rumoured couple contracted COVID-19 in April and tested negative from the virus around the same time. See their posts here:

On the professional front, Katrina was last seen in Angrezi Medium song Kudi Nu Nachne De. She has a number of projects including– Sooryavanshi, Phone Bhoot and Tiger 3 in the pipeline. While for Vicky, his last screen appearance was in Bhoot – Part One: The Haunted Ship in 2020. Next up, he has Sardar Udham Singh, Sam Bahadur and Mr Lele coming up.