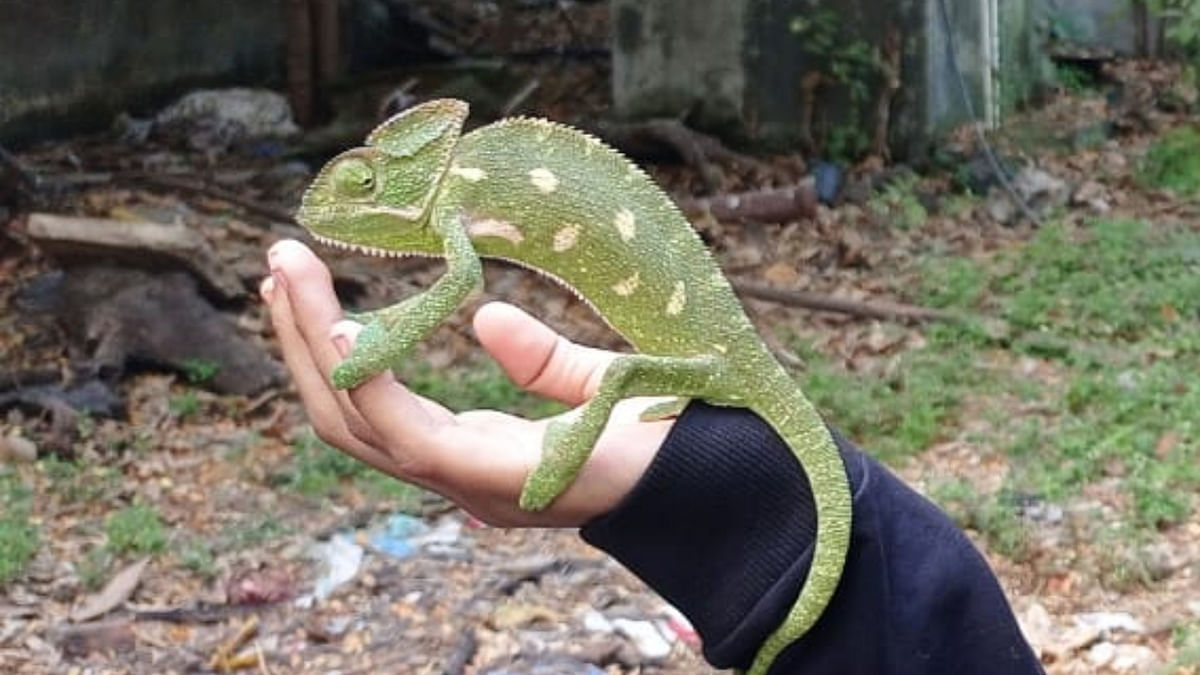 “The green-coloured chameleon, which is often found in India, are but rare to spot in urban areas. They are able to vary their colourations and patterns through combinations of pink, blue, red, orange, green, black, brown, and light blue, among other colours,” added Aher.

According to the animal experts, this is only a specific Indian species of chameleons, rarely sighted in city areas.

Following the alert call, the chameleon was rescued from the tree.

It was later handed over to the regional forest officials, who will later release the creature inside the forest area, informed a volunteer from the WARR foundation.