The XUV700 will come in variants including diesel and gasoline, manual and automatic options and with 5 and 7-seater capacity. It will also be available in an optional All-Wheel-Drive (AWD) spec, the company said in a release.

The bookings for the new SUV will begin before the festive season, the company said. The automaker, which last week unveiled a brand new logo for its SUV portfolio, also said it plans to launch nine new SUVs by 2026.

“It is sheer passion that drives our people to create advanced, adventure-ready vehicles, with an unmissable presence. We are ready to lead the core SUV segment with nine new exciting SUVs planned for launch by 2026. And our most ambitious addition, the XUV700 is throbbing and pulsating with technology, power and intelligence to let people explore the impossible,” said Anish Shah, Managing Director and CEO, Mahindra & Mahindra Ltd.

ALSO READ | Mahindra Automotive unveils new logo, XUV700 will be the first one to sport it

“Every once in a while, an automobile comes to change the future course of its manufacturer and in the process, it transforms the segment itself. The XUV700 marks the beginning of a whole new Mahindra and a new era for the SUV segment in India,” said Rajesh Jejurikar, Executive Director, Auto & Farm Sectors, M&M Ltd, said.

XUV700 with best in class features

The all-new SUV comes with best-in-class features, technology and design, he added. The company is offering XUV700 in two series – MX and AdrenoX (AX). The AdrenoX series is further classified into three variants – AX3, AX5 and AX7. 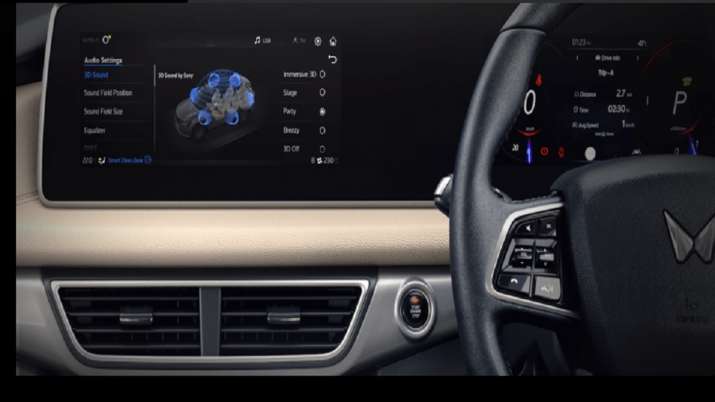 M&M also announced prices for four variants in the 5-seater manual-transmission category. The MX gasoline variant comes with a price tag of Rs 11.99 lakh, while its diesel version is priced at Rs 12.49 lakh.

Similarly, the AdrenoX AX3 petrol version carries a price tag of Rs 13.99 lakh while AdrenoX AX5 for Rs 14.99 lakh. All these prices are for 5-seater manual transmission, it said.

Pricing for the rest of the variants will be announced soon, the company said, adding that the optional packs will also be announced at a later and will include features like immersive 3D sound by Sony, electrically-deployed smart door handles, 360 surround view, blind view monitoring, electronic park brake and wireless charging.