Bollywood actor Abhishek Bachchan starrer The Big Bull finally hit the screens. The film was in the headlines ever since its trailer was dropped and fans were waiting to watch Junior Bachchan weave his magic with a power-packed performance. The film was scheduled to premiere digitally, on the streaming platform Disney plus Hotstar. Now, it seems that Abhishek has found a fan in his niece Navya Naveli Nanda, who is all excited after watching her uncle’s latest film.

Abhishek’s The Big Bull hit Disney+Hotstar Thursday evening. The actor took to his Instagram and shared a poster of the film, “Watch the story of The Big Bull unfold today at 7:30pm. The End will shock you.” Sharing the same as her Instagram Story, Navya wrote, “Yay out today,” adding, “The one and only Big Bull Abhishek Bachchan.” 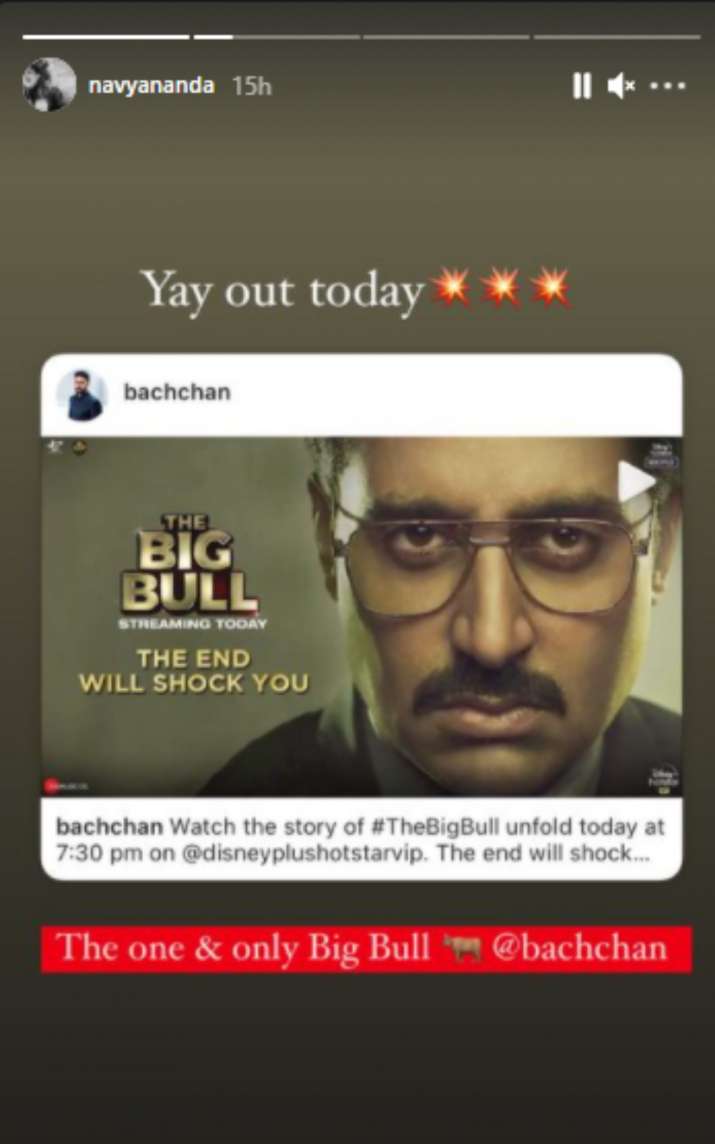 In another post, Navya also posted a picture from the film as she watched it later on her TV. “Yaaaassss,” she added. 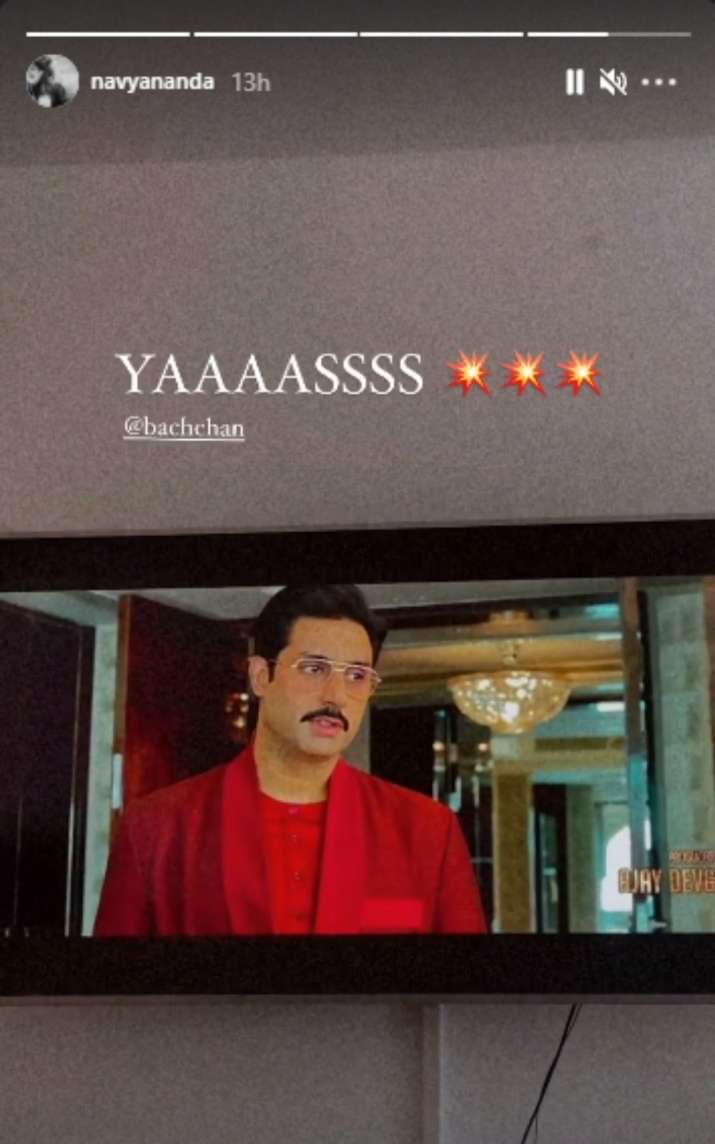 Directed by Kookie Gulati, the film is based on the securities scam of 1992. It is said to be loosely based on stockbroker Harshad Mehta’s life and his involvement in financial crimes over a period of 10 years, from 1980 to 1990.

However, due to the Covid19 pandemic, ‘The Big Bull’ couldn’t have a theatrical release and solely released on DisneyPlus Hotstar.

Talking about the same, Abhishek Bachchan had revealed that the film was expected to have a theatrical release but the pandemic forced them to go for a digital premiere instead. “The film was thought of, envisaged and dreamt of as a big screen spectacle. If you see the trailer, the songs, as well as everything else, is larger than life. It has been shot keeping the big screen in mind. We intended this for the cinemas,” he said.