He was accorded the ceremonial guard of honour by the police force upon his arrival at the Delhi Police headquarters at Jai Singh Marg.

“I believe in the basic concepts of policing, that is, maintenance of law and order, prevention of crime that is the basic thing which we are supposed to do. If these things are done properly, peace prevails in the society. There are certain specialised problems, for which there are separate SOPs. We will work accordingly,” he told reporters. 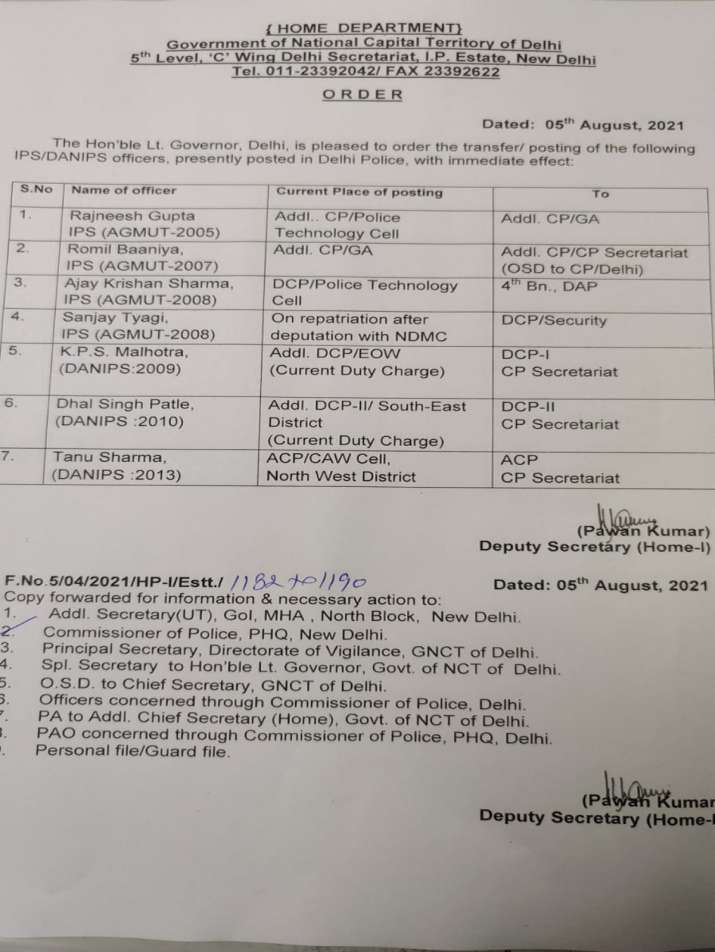 Asthana also praised the city police for its past performances and said that he hopes to work in tandem with everyone to ensure the betterment of society.

“Delhi Police has a brilliant past. Lot of good work has been done by the force in the past. Lot of complicated cases have been solved. Lot of complicated situations have been handled by the Delhi Police. I believe in team work and I hope with this team work, we will be able to put the best foot forward for the betterment of society and prevalence of peace,” he underlined.

According to a statement issued by Delhi Police PRO Chinmoy Biswal, Asthana, after taking over, addressed the top police brass at the police headquarters, while other senior functionaries joined him through video conferencing.

“Hailing Delhi Police as the premier police force of the country with a formidable reputation in delivering services and handling challenging situations, Asthana outlined basic policing — prevention and detection of crime and maintenance of law and order and attention to special tasks as the priority areas for all to work upon.

Asthana further said detection of crime and strong preventive measures not only reduce the crime burden, but also ensure a feeling of safety and security in the city, particularly among women and vulnerable groups, for which the police should keep making more and more efforts, it stated.

The new police chief also emphasised on team work and responsibility to achieve the goal of making Delhi Police one of the best metropolitan police forces in the world.

In an order issued on Tuesday, the Ministry of Home Affairs had said that Asthana, who was serving as the director general of the Border Security Force, would join as the Delhi Police commissioner with immediate effect.

His appointment came just days before his superannuation on July 31. He will have a tenure of one year.

(With inputs from PTI)