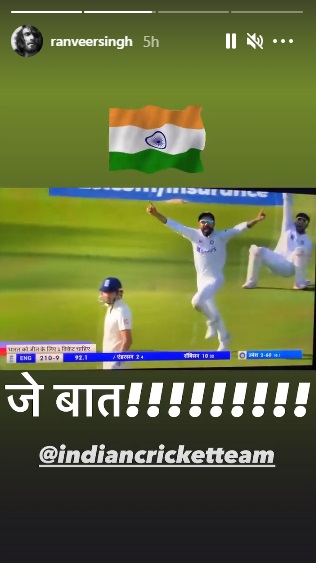 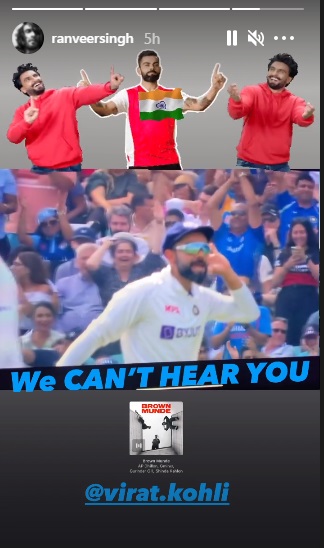 On the other hand, Anushka Sharma took to Instagram stories and shared a group picture of her husband and Indian cricket team captain, Virat Kohli and other players. 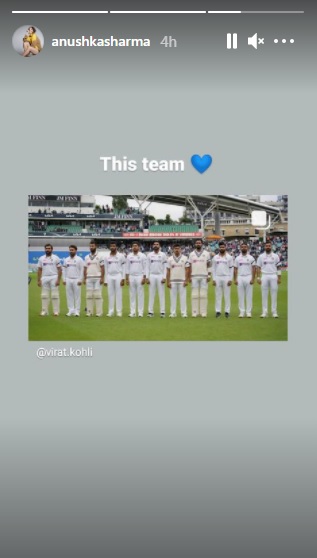 For the last 44 years, India has not lost a single Test match after taking a lead of more than 300, they have won all 34 games so far and this was their 35th win. It marks the historic win as the last time India won a Test match on this venue was way back in 1971 when Ajit Wadekar lead the Indian cricket team.

Earlier, the actress shared a group photo with Sanjana Ganesan, Pratima Singh and others as they all geared up to watch their husbands play at the India Vs England 4th test match on Thursday.

Anushka Sharma has been with Virat in England all through the tour. Their daughter Vamika has also joined them on the tour. On her six months birthday, the couple even took Vamika to a park and Anushka shared photos with her. “Her one smile can change our whole world around! I hope we can both live up to the love with which you look at us, little one. Happy 6 months to us three,” she wrote.

On the professional front, Anushka has two films in the pipeline. She will be seen in Navdeep Singh’s “Kaneda”, and a biopic of cricketer Jhulan Goswami. The actress was last seen in the film “Zero” in 2018. She produced the web series “Paatal Lok” and the film “Bulbbul” for OTT last year.