Bollywood actress Kareena Kapoor Khan on Friday marked the first death anniversary of her uncle, the legendary actor Rishi Kapoor. The actor breathed his last in Mumbai on April 30 last year after a two-year battle with leukemia. He was 67. Rishi Kapoor was an actor par excellence. Now, Kareena took to her Instagram handle and shared a black and white throwback picture of the late actor on her stories.

Along with the picture, she added a red heart emoji. 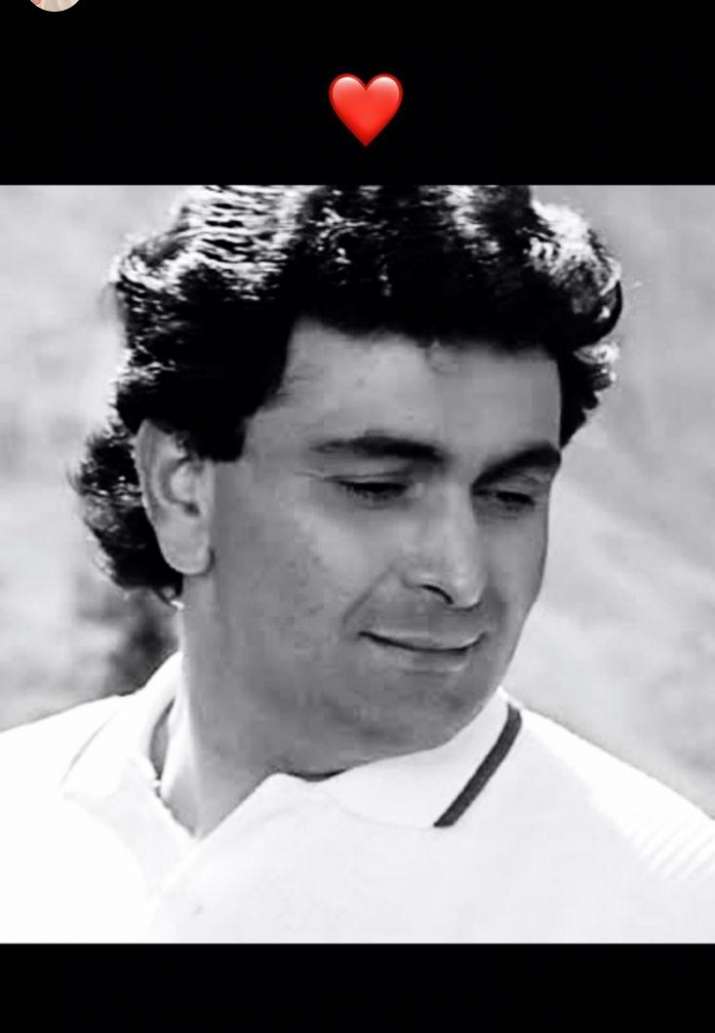 Earlier today, Rishi’s wife and veteran actor Neetu Kapoor also shared an unseen throwback picture, and penned a tributary note. Sharing the photo, the senior actress wrote, “All of last year has been of grief and sadness around the world for us maybe more as we lost him .. Not a day has gone by when we have not discussed or reminisced him as he was an extension of our existence .. sometimes his wise advice:: his wise cracks : his anecdotes !!”

“We have celebrated him all year with a smile on the lips as he will stay in our hearts forever we have accepted life will never be the same without him !!! But life will go on …. #rishikapoor,” Neetu added.

Rishi Kapoor passed away last year, after a two-year-long battle with leukaemia. The original ‘showman’ left behind a rich legacy of cinematic marvels spanning decades. He breathed his last at a Mumbai hospital at the age of 67. Prior to his demise, Rishi was in New York for his treatment with his wife. His death was a shock to many. Wife Neetu often takes to social media to express her pain of missing him. On first death anniversary of the actor, here are some endearing family moments of ‘Chintu’, as he was lovingly called by his close ones.

The couple got married on January 22, 1980, and share two children together, Riddhima Kapoor Sahani and superstar Ranbir Kapoor. The couple also starred together in films like ‘Zinda Dil’, ‘Khel Khel Mein’, ‘Amar Akbar and Anthony’, ‘Do Dooni Chaar’, among several others.

Meanwhile, on the professional front, Kareena will next be seen alongside Bollywood superstar Aamir Khan in the upcoming film “Laal Singh Chaddha” The Advait Chandan directorial is an official adaptation of the 1994 Hollywood hit “Forrest Gump” starring Tom Hanks, and is set to release later this year.