The television reality show Bigg Boss season 13 was one of the most entertaining and successful seasons. Recently, the BB13 contestants got together during the demise of Sidharth Shukla. Asim Riaz, Rashami Desai, Himanshi Khurana, Paras Chhabra, Mahira Sharma, Devoleena, Aarti Singh were among those who attended the last rites of the late actor.

During this difficult time, each of them was standing there for one another. Even, Paras Chhabra and Asim Riaz who did not go along too well and were at loggerheads inside the BB13 house have never shared a good bond with each other. But after the tragic incident, it seems like the duo has decided to come together and give a second chance to their friendship which never really flourished when they were inside the house.

They not just only started following each other on Instagram but Paras even shared updates of Asim’s latest song on his story congratulating him and even addressed him as ‘bro’ in the story. Take a look 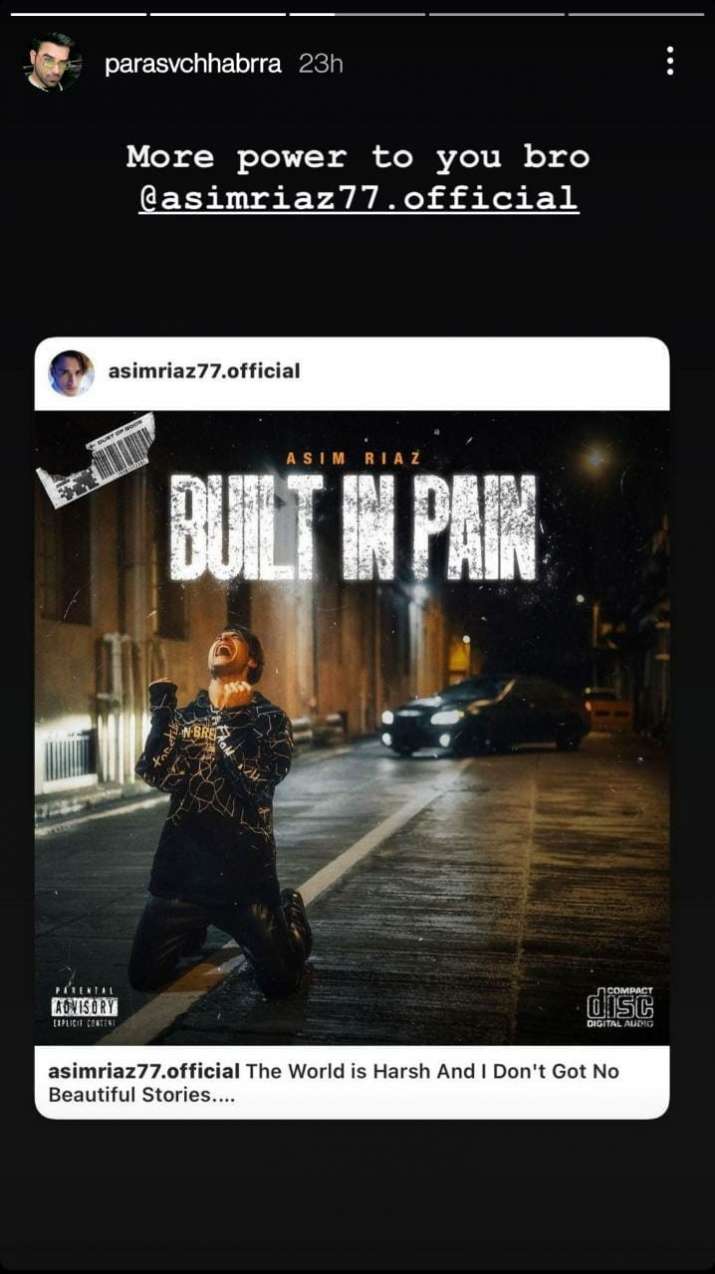 For the unversed, Asim released his new rap song ‘Built In Pain’ on Tuesday. The song highlights Asim’s struggles and the challenges he had to go through. Sharing the song on his Instagram, he wrote, “Asim Riaz… You Know I’m Saying… We Did It… 2021… F$$k Yeah! “BUILT IN PAIN” Music Video is Out on my YouTube Channel.”

A popular face on television, Sidharth died at the age of 40 after suffering a massive cardiac arrest on Sept 2. His mortal remains were taken to Cooper Hospital followed by postmortem. The last rights took place in Mumbai’s Oshiwara crematorium on Friday.