Filmmaker Karan Johar hosted reality show Bigg Boss OTT is ruling high on drama and emotions. While contestants are breaking down after fighting with each other, they have also been going down memory lane and sharing their deepest darkest secrets with each other. Recently, Shamita Shetty poured her heart out to Neha Bhasin when she recalled a heartbreaking memory of losing her first boyfriend.

Shamita Shetty shared the most precious memory from her past with Neha Bhasin. She revealed that she lost her first boyfriend in a car accident. In the show, Shamita has frequently been seen having an emotional breakdown and having anxiety attacks after her fights with fellow contestants. She has also revealed that she has been in depression a few years ago. 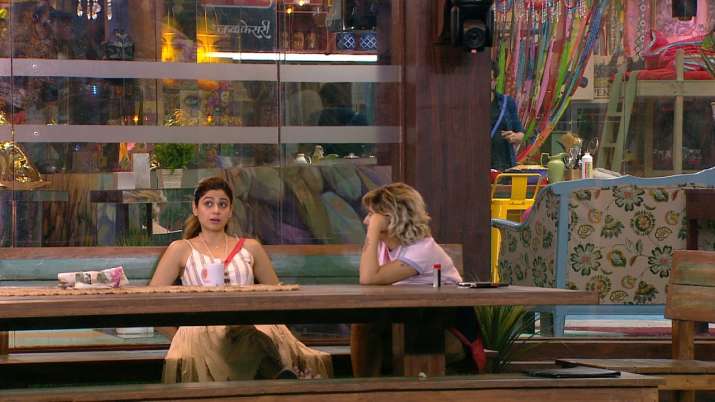 Meanwhile, earlier this week, Bigg Boss decided to dissolve the connections. Bigg Boss announced that all connections are free now to play their individual game, as per their thoughts and strategy. The buzzer to change connection has been removed from the house. Well, initially Raqesh Bapat and Shamita Shetty seemed to be sharing a good friendship. Though the connection was often seen fighting but also making up the very next moment.

In last weekend, as per audience votes Millind Gaba and Akshara Singh were declared eliminated. And it was unfortunate for Millind and Akshara that by the time they understood the game, the audience had decided on their exit from the house!

Rana Daggubati to join Shah Rukh Khan in Tamil director Atlee's next?
Mallika Sherawat: Never thought anyone could mimic me so well, but Sugandha just nailed it
Comment