The Makkal Needhi Maiam (MNM) founder and actor Kamal Haasan was defeated in Tamil Nadu’s Coimbatore (South) constituency at the end of the counting of votes polled in the Tamil Nadu Assembly election. But for actor-daughter Shruti Haasan, it’s his fighting spirit she will always be proud of. Shruti took to Instagram to shower affection on her father shortly after Tamil Nadu election results were announced. Posting a picture of her father on an Instagram story, Shruti Haasan wrote, “Always so proud of my Appa. #Fighter #Terminator.” 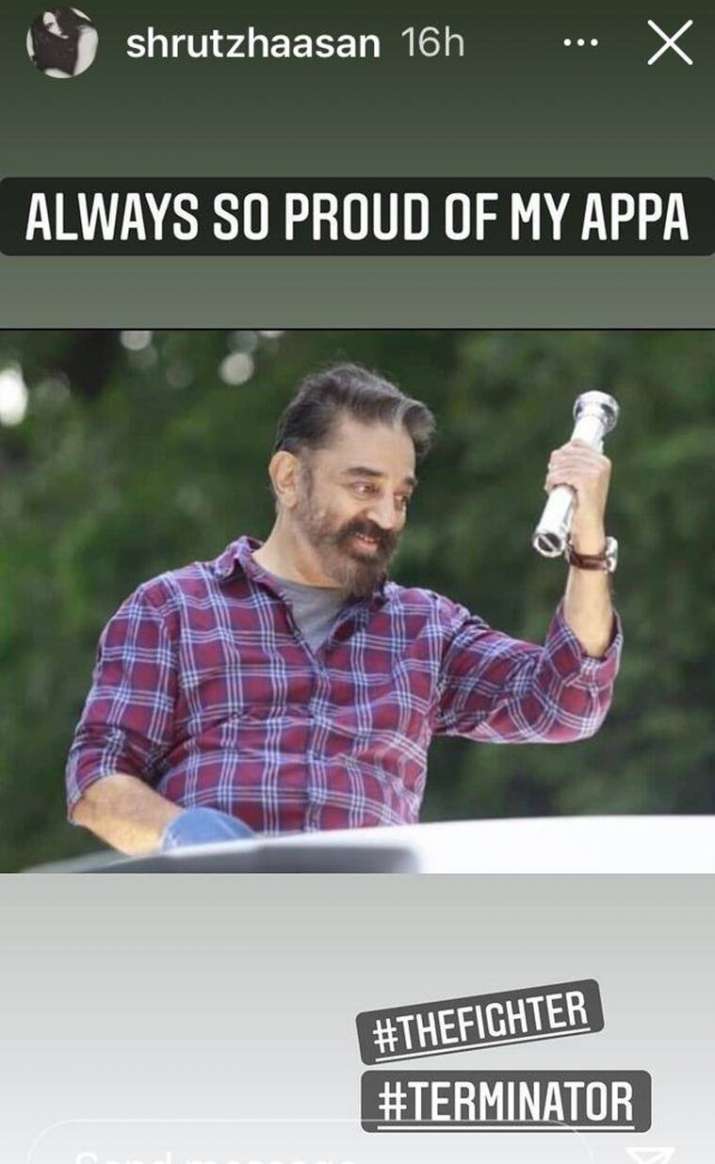 In April, Shruti and her younger sister, Akshara, had accompanied their father to the polling booth and cast their votes for the Tamil Nadu election. Shruti Haasan had shared a picture of the Haasan family captioned “Time to vote.”

Although Haasan was leading during the early hours of vote counting that was held on Sunday, BJP’s Vanathi Srinivasan overtook him in the last stages and ultimately won the election by around 1,500 votes.

On the acting front, Kamal Haasan has many interesting projects in his kitty like Lokesh Kanagaraj’s Vikram with Fahadh Faasil and S Shankar’s vigilante action thriller Indian 2, which is the sequel to the actor’s 1996 film. On the other hand, Shruti was recently seen in the Pawan Kalyan-starrer Vakeel Saab. She has started shooting for Salaar, which stars Prabhas, and Laabam with Vijay Sethupati.