Actor Sonakshi Sinha on Wednesday shared that the team of her upcoming horror comedy “Kakuda” has finished its shooting schedule in Bhuj, Gujarat. Backed by Ronnie Screwvala, the film also stars Riteish Deshmukh and Saqib Saleem. “Kakuda” went on floors in July. Sinha took to her Instagram Story and posted photos from the film’s wrap up party in Bhuj.

“Bhuj schedule wrap for ‘Kakuda’,” the actor wrote along with a video from the party. Have a look at her post here: 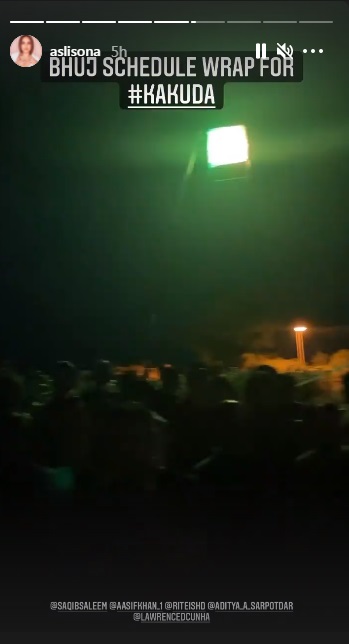 According to the makers, “Kakuda” explores the legend of a strange curse in a village stuck in time and how three people are confronted with a challenging ghost who makes them question superstition, tradition and love in a rollercoaster ride filled with fear and fun.

“Kakuda” has been written by Avinash Dwivedi and Chirag Garg and was developed from a nascent stage by Salona Bains Joshi, the associate producer on the film.

The film will be released digitally in 2022.