The wholesale price-based inflation rose marginally to 11.39 per cent in August, mainly due to higher prices of manufactured goods, even as prices of food articles softened. Snapping the two-month easing trend, WPI inflation rose in August and remained in double-digit for the fifth consecutive month. In July 2021, WPI inflation stood at 11.16 per cent.

“The high rate of inflation in August 2021 is primarily due to rise in prices of non-food articles, mineral oils; crude petroleum and natural gas; manufactured products like basic metals; food products; textiles; chemicals and chemical products, etc as compared the corresponding month of the previous year,” the Commerce and Industry Ministry said in a statement. 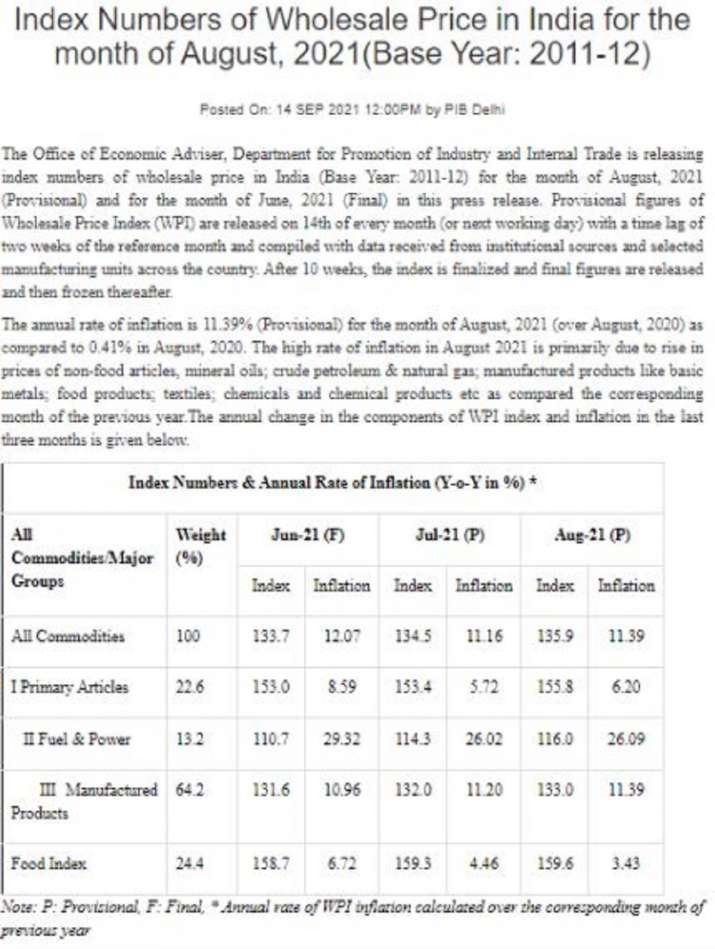 Inflation in crude petroleum and natural gas was 40.03 per cent in August.

In manufactured products, inflation stood at 11.39 per cent in August, against 11.20 per cent in July.

The RBI, which mainly takes into account retail inflation, in its monetary policy last month kept interest rates unchanged at record lows. It projected CPI or retail inflation at 5.7 per cent during 2021-22, up from its earlier projection of 5.1 per cent.

Data released on Monday showed that retail inflation softened to a four-month low of 5.3 per cent in August, from 5.59 per cent in the previous month, led by subdued prices of food articles.